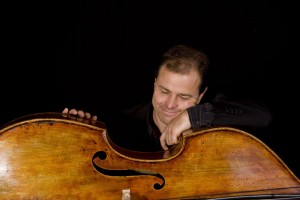 Tino Scholz has been working as a freelance musician since 1992, having numerous engagements at renowned theatres in Germany and going on national and international concert tours with jazz and Argentine Tango projects. Since the year 2000 he has been a firm member of the Sexteto Andorinha and Sergio Gobi, and since 2003 of the Argentine ensemble La Rolando Rivas. Since 2008 he has been performing with Cuarteto Rotterdam.